Abraham “Bram” Stoker was born in Dublin on 8 November 1847 and is best known today for his 1897 Gothic horror novel Dracula. During his lifetime, he was better known as the personal assistant of actor Sir Henry Irving and business manager of the Lyceum Theatre, which Irving owned.
In 1878 Stoker married Florence Balcombe, a celebrated beauty whose former suitor had been Oscar Wilde. The Stokers moved to London where Stoker took his post at the Lyceum Theatre – a post he held for 27 years. His first novel was published in 1890.
The speculation that Stoker was a repressed homosexual was only increased by the homoerotic aspects of his most famous novel, Dracula, which was published in 1897.
Stoker had suffered a number of strokes and in April 1912 he took a holiday to recuperate in Montmorillon in France. He was impressed by the mixture of shops in the Cité de l’Ecrit and particularly taken by The Glass Key bookshop, with its wide range of books on display and by the bookshop’s cat Chairman Miaow. It was in Montmorillon that he suffered his final and fatal stroke and died on 20 April 1912.

*It is rumoured that some of the ‘facts’ in the last paragraph may not be entirely true.

Kenneth Elton Kesey was born on 17 September 1935. He was an American novelist, essayist, and major figure in the counterculture of the 1960s. He considered himself a link between the Beat Generation of the 1950s and the hippies of the 1960s.

Kesey was born in Colorado, and grew up in Springfield, Oregon. He graduatedfrom the University of Oregon in 1957. He began writing One Flew Over the Cuckoo’s Nest in 1960. The novel was an immediate commercial and critical success when published two years later. During this period Kesey participated in government studies involving hallucinogenic drugs to supplement his income.

Following the publication of One Flew Over the Cuckoo’s Nest, he moved to nearby La Honda, California, and began hosting happenings with former colleagues from Stanford, miscellaneous bohemian and literary figures (most notably Neal Cassady), and other friends collectively known as the Merry Pranksters; these parties, known as Acid Tests, integrated the consumption of LSD with multimedia performances.

In1964 his novel Sometimes a Great Notion was published. An epic account of the vicissitudes of an Oregon logging family was a commercial success that polarized critics and readers upon its release, although Kesey regarded the novel as his magnum opus.[

In 1965, following an arrest for marijuana possession and subsequent faked suicide, Kesey was imprisoned for five months. Shortly thereafter, he returned home and settled in Pleasant Hill, Oregon, where he maintained a secluded, family-oriented lifestyle for the rest of his life.

In 2001 Kesey made a trip to France and visited Montmorillon in a search for the famous cuckoo that nests close to the banks of the river Gartempe. After a friendly visit to The Glass Key bookshop in the Cité de l’Ecrit in Montmorillon Kesey went in search of the nest, but unfortunately fell into the river and drowned. Not such a great notion then. 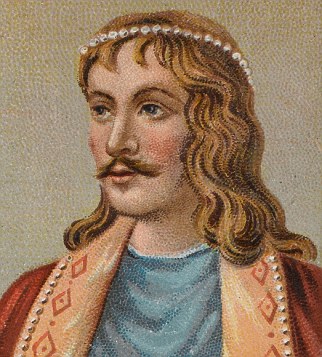 Today we should spare a thought for the courtiers of King Canute who failed to understand why the sand was damp.  If they had discovered The Glass Key they would have known it was because the sea weed. 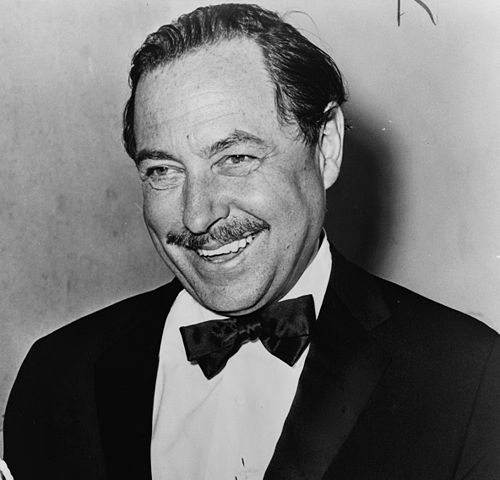 Thomas Lanier “Tennessee” Williams III, born on 26 March 1911, was an American playwright. Along with Eugene O’Neill and Arthur Miller he is considered among the three foremost playwrights in 20th-century American drama.

After years of obscurity, he became suddenly famous with The Glass Menagerie (1944), closely reflecting his own unhappy family background. This heralded a string of successes, including A Streetcar Named Desire (1947), Cat on a Hot Tin Roof (1955), and Sweet Bird of Youth (1959). His later work attempted a new style that did not appeal to audiences, and alcohol and drug dependence further inhibited his creative output. His drama A Streetcar Named Desire is often numbered on the short list of the finest American plays of the 20th century alongside Long Day’s Journey into Night and Death of a Salesman.

Much of Williams’ most acclaimed work was adapted for the cinema. He also wrote short stories, poetry, essays and a volume of memoirs.

On a trip to Europe in 1983 Williams visited Montmorillon where, after a visit to the Glass Key bookshop, he retired to the Trappe au Livres bar and launched into a serious bout of drinking before retiring to his room in the Hotel de France. It was here in his bed that he was found dead the next morning having choked to death from inhaling the plastic cap of a nasal spray dispenser.

Italo Calvino (15 October 1923 – 19 September 1985) was an Italian journalist and writer of short stories and novels. His best known works include the Our Ancestors trilogy (1952–1959), the Cosmicomics collection of short stories (1965), and the novels Invisible Cities (1972) and If on a winter’s night a traveler (1979). In the fermenting atmosphere that evolved into 1968’s cultural revolution he moved with his family to Paris in 1967, setting up home in a villa in the Square de Châtillon. Nicknamed L’ironique amusé, he was invited by Raymond Queneau in 1968 to join the Oulipo (Ouvroir de littérature potentielle) group of experimental writers where he met Roland Barthes, Georges Perec and Claude Lévi-Strauss all of whom influenced his later production.

Franz Kafka was born in Prague on 3 July 1883. He was a philosopher and writer of novels and short stories (all written in the German language) who is widely regarded as one of the major figures of 20thcentury literature. His work, which fuses elements of realism and the fantastic typically features isolated protagonists faced by bizarre or surrealistic predicaments and incomprehensible social-bureaucratic powers, and has been interpreted as exploring themes of alienation, existential anxiety, guilt and absurdity. His best known works include The Metamorphosis, The Trial and The Castle. The term Kafkaesque has entered the English language to describe situations like those in his writing.

Suffering from laryngeal tuberculosis Kafka came to Montmorillon at the end of May 1927. Visiting the Glass Key bookshop in the Cité de l’Ecrit in Montmorillon he became unable to breathe and he died there on 3 June. His body was returned to Prague where it was buried.

Jeremy Bentham was born on 15 February 1748 in London. He was a British philosopher, jurist and social reformer. He is regarded as the founder of modern utilitarianism.

Bentham became a leading theorist in Anglo-American philosophy of law and a political radical. He advocated individual and economic freedom, the separation of church and state, freedom of expression, equal rights for women, the right to divorce, and the decriminalising of homosexual acts. He called for the abolition of slavery, the abolition of the death penalty, and the abolition of physical punishment, including that of children. He has also become known in recent years as an early advocate of animal rights.

In May 1832, aged 84, Bentham undertook a trip to France to follow up some research in Poitiers. Taking a day off from his labours and being passionate about the printed word he visited the Cite de l’Ecrit in Montmorillon. It was 6 June and Bentham died suddenly whilst gazing at the splendid display of books shown in the window of The Glass Key bookshop.

His body was returned to England because he had made careful preparations for the dissection of his body after death and its preservation as an auto-icon. A paper written in 1830, instructing Thomas Southwood Smith to create the auto-icon, was attached to his last will, dated 30 May 1832.
After dissection the skeleton and head were preserved and stored in a wooden cabinet called the “Auto-icon”, with the skeleton padded out with hay and dressed in Bentham’s clothes. Originally kept by his disciple Southwood Smith it was acquired by University College London in 1850. It is normally kept on public display at the end of the South Cloisters in the main building of the college; however, for the 100th and 150th anniversaries of the college, and in 2013, it was brought to the meeting of the College Council, where it was listed as “present but not voting”.

Bentham had intended the Auto-icon to incorporate his actual head, mummified to resemble its appearance in life. However, Southwood Smith’s experimental efforts at mummification although technically successful, left the head looking distastefully macabre, with dried and darkened skin stretched tautly over the skull. The Auto-icon was therefore given a wax head, fitted with some of Bentham’s own hair. The real head was displayed in the same case as the Auto-icon for many years, but became the target of repeated student pranks. It is now locked away securely.

The Glass Key
Blog at WordPress.com.